We started this institution in the year 2001 [1422h] with only eight students and three teachers here in Akbarbagh,Malakpet , Hyderabad.
But with our goal in mind to reach as many people as we could, we have come this far. 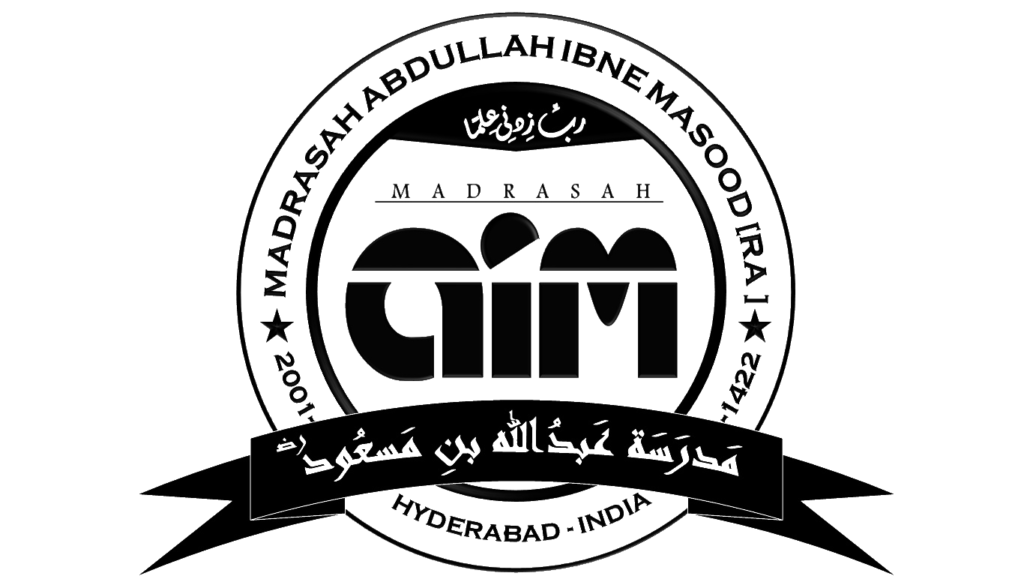 As Al Mahad was serving the society in Fiqh- Islamic Jurisprudence, Hazrat Maulana felt the need of an Educational Establishment for the people who are not pursuing Islamic Studies and are somehow engaged in other studies and work. The main idea of Madrasa Abdullah Ibne Masood Ra was to connect the otherwise People who are distant from Higher Islamic Education. The captain of this idea was Maulana Sarfaraz Ahmed Quasmi Sahab DB an old associate, colleague and friend of Hazrat Maulana.

Hazrat Maulana also made sure that this Noble Institute does not see a limited exposure to people in need and that is why, several branches of Madrasa were established across the city of Hyderabad. At first there was only Alim Course in Madrasah Abdullah Ibne Masood Ra, but after sometime Maulana Sarfaraz Ahmed Quasmi felt the need of Alimah Course with the same syllabus and the same was started across all its branches.

Soon Hazrat Maulana Launched a new affiliated Madrasah- Madrasah Taleem Ul Quran Nagpur under the Leadership of Maulana Sarfaraz Ahmed Quasmi with the same syllabus of Madrasah Abdullah Ibne Masood Ra and were also given the title of Masoodi’s as it is for the latter. With more and more requests from around the country to Enroll for Short Term Alim and Alimah Course came pouring in, the establishment of Madrasah Abdullah Ibne Masood Ra’s very own official website came to existence by Hazrat Maulana as www.maim.co.in

Hazrat Maulana made the whole and sole idea of this website is to reach as many people as we could, who wish to pursue Online ALIM and ALIMAH course with the same syllabus of Madrasah Abdullah Ibne Masood Ra.

Madrasah Aim offers Five year Alimiyat Course across all its branches in Hyderabad.

Madrasah Taaleem Ul Quran (Nagpur) is an Affiliated Institute of Madrasah Aim and is under the Management of the later.

Madrasah Aim Now Offers Executive Degree in Online Alim and Alimah Course for the duration of years, and is comprised of the same syllabus as that of the Offline Madrasah.

The syllabus is designed for people who are either distant from Higher Islamic Studies or are busy in earning their livelihood, studying and retired.

The program also caters specially on the higher Islamic studies of Housewife’s. The program is designed for evening hours so that one can continue their daily routine in day time and attend the Madrasah in Night.

The course is Designed for Brothers and Sisters of all ages not less than 14 years of age.

Although the course is same as that of the offline Madrasah, special emphasis is made on the Online teaching environment that comprises:

(1) One to one interactive classes

(2) Classes being commenced in Urdu

(5) Soft copies of all the books

Madrasah Aim  offers a dynamic path to seeking ilm with on site and online learning facility.

The course caters  especially to individuals seeking to gain in depth Knowledge of higher Islamic studies with the comfort of their home.

All in all the syllabus has been made concise  and divided over a period of five years comprising of 10 semesters, two semesters in each term to ensure that all the required knowledge is provided to the students given that it should be hassle free yet useful in their daily life. 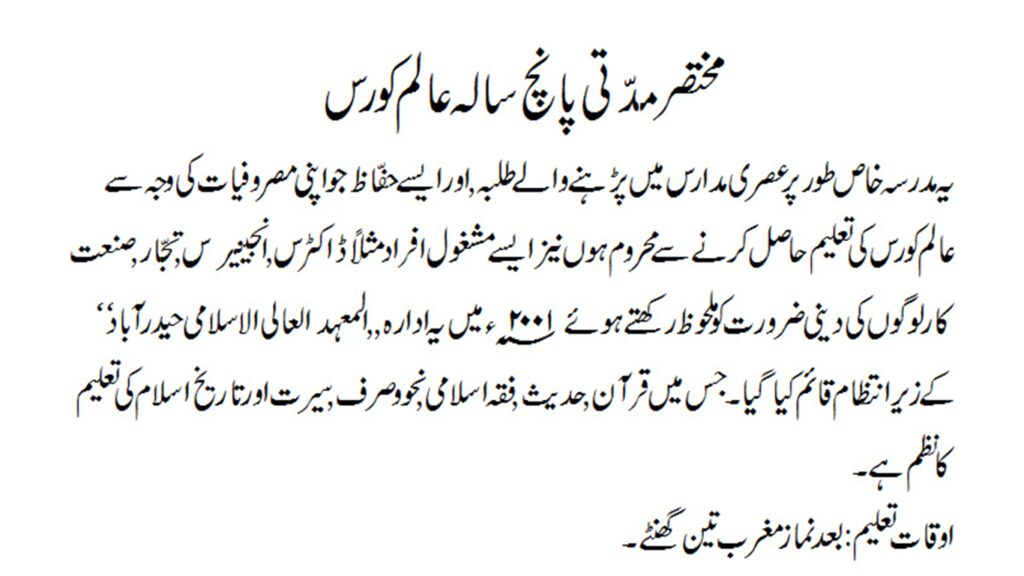 We are committed to recognizing the importance of communication and to encouraging  dialogue among all constituencies; to promoting intellectual and social growth and development within the Muslim community; to providing a safe, supportive setting  so that students have the opportunity to explore and to clarify their own beliefs and values, to take risks, and to think and speak for themselves; and to recognizing and responding to individual and institutional prejudice, both overt and subtle, based on gender, race, religion, ethnicity, sexual orientation, socio-economic status, age, and physical and mental ability.

Our vision is to develop well rounded, confident and responsible individuals who aspire to achieve their full potential. We will do this by providing a welcoming, happy, safe, and supportive learning environment in which everyone is equal and all achievements are celebrated.

Our vision is to empower students to acquire, demonstrate, articulate and value knowledge and skills that will support them, as life-long learners, to participate in and contribute to the global world and practice the core values of the school: respect, tolerance & inclusion, and excellence.

Our statement “DEEN WITH DUNIYA” reflects our understanding and beliefs. We aim to ensure that the students at our school are provided with high-quality learning experiences based on a broad and balanced curriculum, in five years of academy

Trusted by Hundreds of Students and Tutors 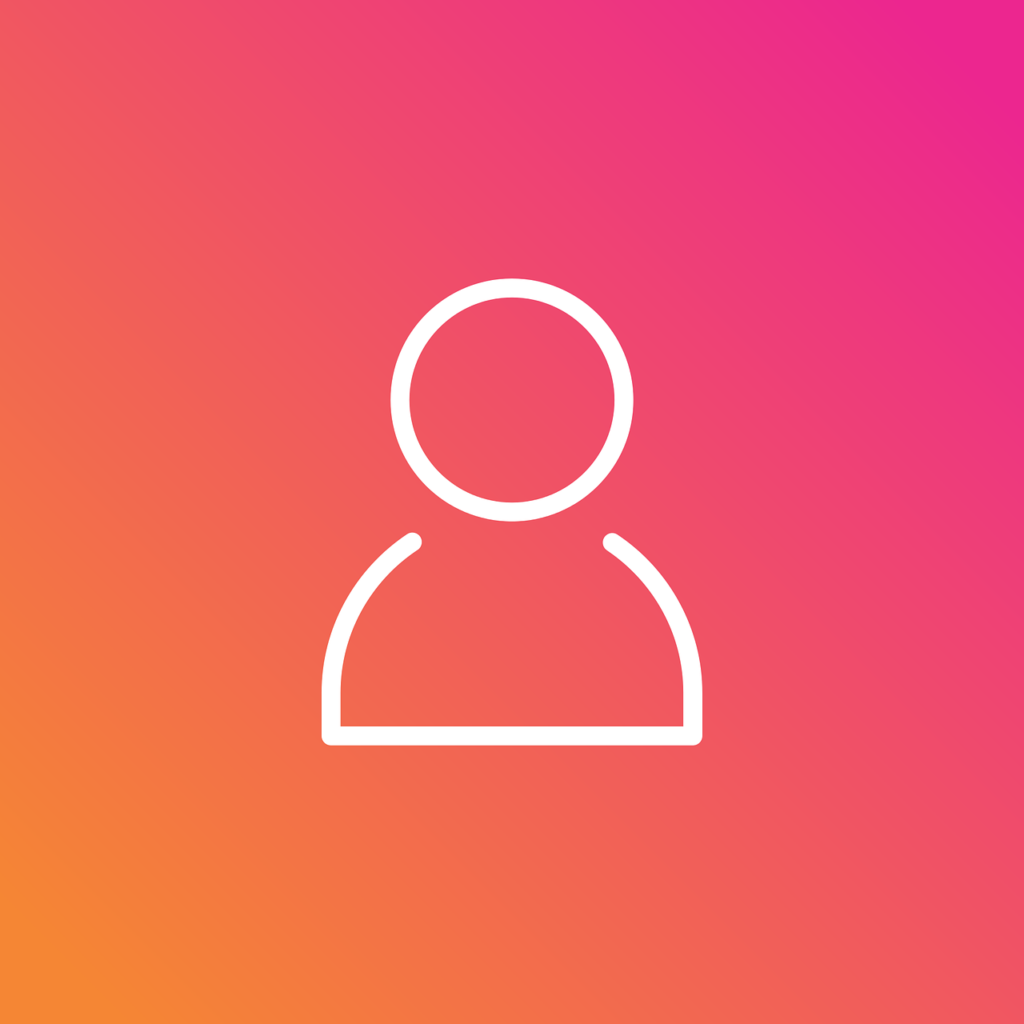 In simple words it’s a right place for Alimiyat course.. Alhumdulillah in a good way… Teachers are very good Maulana Sarfaraz and Maulana Farhan both are too good there techniques of teaching are good too…

I don’t have words to say about AIM These stars can’t define the exact feeling of mine regarding Madrasah. The faculties are very caring, experienced and outstanding. As My Both Ustad Ji ( Maualana Quasmi and Maulana Masoodi) are very co operative. They encourage me when I feel a bit low. I can just make dua for their long and healthy life. And I just want to ask almighty and ubiquitous to grant our Ustad Ji, my batchmates and all of us the ‘Khair’ from the wealth of almigthy. Ameen. 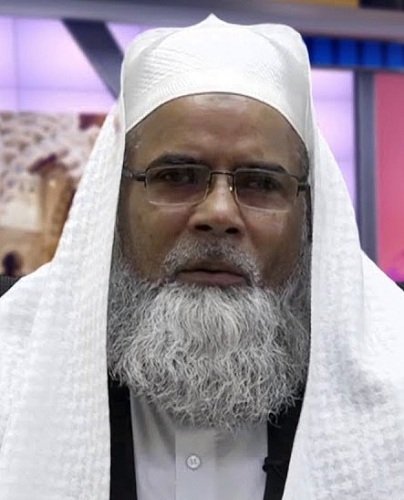 Maulana Khalid Saifullah Rahmani (born November 1956 at Jala, Darbhanga, Bihar) is the General Secretary of Islami Fiqh Academy, India and founder member of All India Muslim Personal Law Board. He is an eminent Islamic scholar with expertise in Islamic jurisprudence. With his deeper understanding of the Quran, Sunnah, Shariah and knowledge disciplines, Moulana guides the Muslim community on modern problems. He has inherited rich scholarly traditions from his family of reputed scholars, specifically his father Moulana Zainul Abidain and grandfather Moulana Abdul Ahad Jalavi. Due to his versatile and dynamic approach, Moulana is well known in media. He regularly delivers lectures and sermons in Hyderabad on current topics to guide the community.

Maulana Rahmani learned and practiced Islamic jurisprudence under the aegis of famous Islamic jurists like Moulana Minnatullah Rahmani and Moulana Mujahid-ul-Islam Qasmi. He also wrote more than 50 books on a wide range of topics and pioneered more than fifteen institutions of Islamic education, research and jurisprudence across the country. He has introduced specialization and super specialization in Islamic education, a pioneering work. He has attempted to introduce new disciplines in Madrasa education through adding practical affairs like Dawah and Media in the curriculum. His broad outlook, ability to provide solutions to the modern problems and represent Islam in media has made him popular in all sections and sects of the Muslim community in India.

•          Founder and Rector of Al Mahad al Aali al Islami Hyderabad, a unique centre in the subcontinent for the academic, ideological and dawah training of the graduates of Deeni Madaris

•          Patron and one among the founders, Arwah Trust Hyderabad, its sole objective is to impart quality education to children in slum areas. It is running 15 schools

•          Patron of over two dozen religious and modern educational institutions in AP, Bihar, Jharkhand, UP and Karnataka

•          Founder and Patron, Centre for Peace and True Message Hyderabad, a Dawah organization

•          Editor, quarterly Bahes-wa-Nazar, a unique journal in the subcontinent. 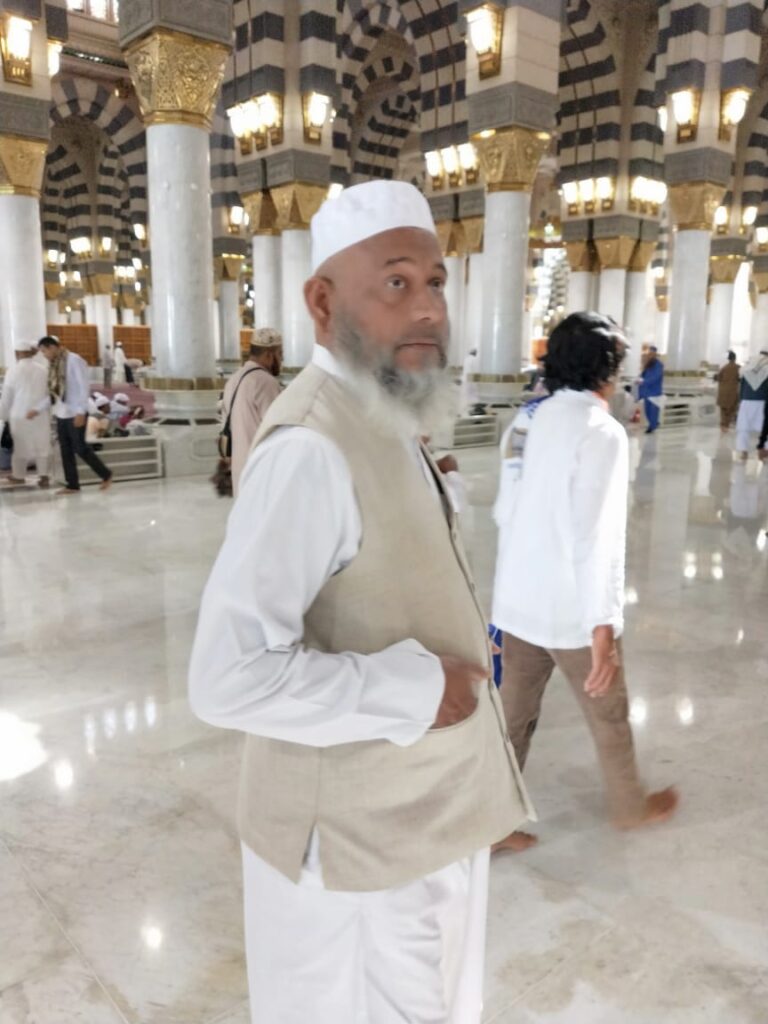